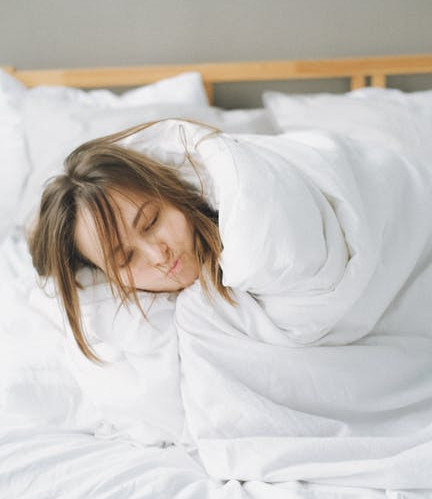 I’d never experienced the phenomenon of talking in your sleep during my younger and formative years.

In fact, it wasn’t until I first lived with someone in my mid-20s, that I became aware of people chatting away while they’re asleep.

So, why do people sleep talk?

In today’s article I want to delve deeper into this subject.

Not only do I want to investigate this anomaly (actually it’s more common than you may think), but I’d also like to introduce you to some of the funniest, and possibly craziest, sleep talking stories I’ve ever heard.

I think before I go any further, it’s important to state that in the main, talking in your sleep is nothing to worry about.

Okay, there are certain circumstances where sleep talking may be a cause for concern.

It could even be a symptom of a much more serious health issue, and I’ll get to those in a moment.

However, for now, please rest-assured that talking absolute gibberish in the middle of the night is not something you should lose sleep over (pun fully intended) and is typically harmless.

Sleep talking, or to give it it’s official name, Somniloquy, is often classified as a parasomnia.

A parasomnia, just in case you weren’t aware, is a type of sleep disorder. These sleep disorders will typically involve some sort of abnormal behavior, emotions, or more commonly, movements.

The International Classification of Sleep Disorders lists all parasomnias (and trust me there are more than you could possibly imagine), but sleep talking in recent years has been reclassified as just a normal occurrence that happens when we sleep.

The fact that it is no longer considered a disorder means that there isn’t much research into this subject, and therefore it remains a somewhat mysterious, if not a well understood field.

With that being said, I have managed to uncover some studies into sleep talking through my research.

What Scientific Research Has To Say About Sleep Talking

The first real study into sleep talking was conducted in 1966, although if I’m honest the published results are a little thin on the ground in terms of material. The main aim of this study was to see if there was a hereditary link to somniloquy.

Well, hardly groundbreaking findings are they?

The largest ever study into sleep talking was conducted by neurologists in France in 2017 and their results were a little more interesting.

A total of 232 subjects were recorded over two nights in laboratory conditions.

The researchers wanted a cross-section of people, but they restricted it to participants, who in the main suffered certain sleep disorders that are more conducive to sleep talking (that makes a lot of sense, as it would have been a huge waste of time and resources to have 232 volunteers who never said a word during the entire study).

The participants were made up of 129 people with rapid eye movement sleep behavior disorder – this is when someone physically acts out typically unpleasant dreams, which can involve violent movement of the limbs and vocal noises.

There were 15 healthy subjects, who merely said that they suffered no particular sleep disorder, but were known to sleep talk at least once a week.

And finally one participant who had sleep apnea.

The subjects displayed a total 883 “speech episodes”, or instances of sleep talking over the two-day period.

However, 521 of the 883 episodes were considered indecipherable, or non-verbal utterances, such as laughs, mumbles, shouts and whispers.

The most common word spoken during the study was “No”.

This was closely followed by the French word “putain”, which roughly translated is the equivalent of the “F-word”.

In fact, nearly 10% of all speech episodes contained a profanity. There were more profanities spoken in non-REM sleep, although verbal abuse and condemnation of another took place more often during REM sleep (the dream stage of sleep).

Interrogations were extremely high on the list of “things to talk about” with a total of 26% of all sleep episodes appearing to fire off a series of questions.

Finally, men talked more in their sleep than women, and they were also likely to swear more as well.

I’ll allow you to draw your own conclusions from that.

Firstly, let’s have a quick look at some figures and statistics around sleep talking. 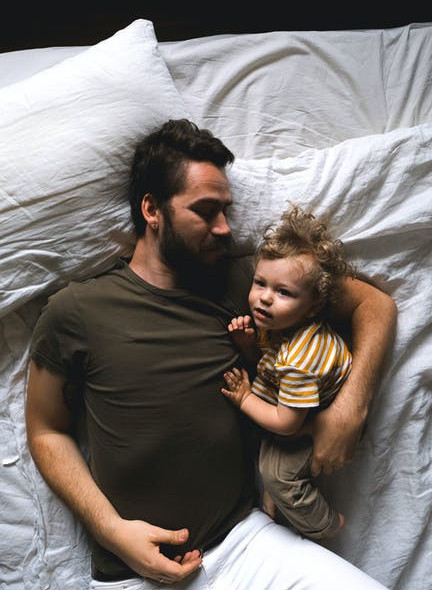 It is estimated that 66% of the population has talked in their sleep at some time, or in some form.

This is more common when we are younger and around 50% of all children talk in their sleep at least once a year. It appears that sleep talking becomes progressively less after the age of 25.

About 1 in 10 children sleep talk every night, whereas approximately 1 in 4 children talk in their sleep on a weekly basis.

However, children aged between 3 and 10 appear to be the most prolific sleep talkers, and it is estimated that 50% of kids in this age bracket jabber, mumble, and burble their way through the night on a regular basis.

I know a sleep talking child can sometimes be a cause for concern as a parent, but in pretty much every case there is no need to rush off and see a doctor.

Having studied this subject in great detail I have drawn one main conclusion about children who sleep talk.

Sleep talking typically occurs in children during the stages of light sleep. So, this is generally when they are transitioning from being awake to falling asleep.

I believe that even if a child is uttering absolutely nonsense and not making any sense, they are almost fighting the urge to fall asleep, and this is why words are coming out of their mouths.

Have you ever taken a child, who has fallen asleep on the sofa downstairs, up to their room?

This is a very common time to start sleep talking.

I think in the main it is a child’s drive to maintain wakefulness.

The other reason for a sleep talking child is the urge to have slow wave sleep, or the most restorative sleep stages, deep sleep and REM sleep.

It is during these stages of sleep that the brain and body repair and rejuvenate themselves.

It is interesting to note that most non-REM occurrences of sleep talking (in both children and adults) seem to take place during the first third of the night.

This is usually when we go through the stage of really deep sleep, which usually only lasts for the first one or two sleep cycles of sleep.

A lack of deep sleep will usually result in tiredness and fatigue.

So, if you find that your child is chatting a lot during the early stages of the night, it may be because they are not getting enough sleep.

Remember, depending on their age, and including naps and night-time sleeping, most children will generally need anywhere between 10-14 hours sleep a day.

Sleep talking in adults can be due to any number of factors including, sleep deprivation, stress and anxiety, depression, illness, alcohol, and it can also be hereditary.

People often tend to discover that they’re sleep talkers in their 20s and 30s, but as I mentioned in the introduction, this may be because this is the first time that they’ve shared a room or a bed with someone.

It may not mean that they have started sleep talking at this later stage in life, just simply that this is the first time someone has noticed it.

I would also say that sleep talking may be attributable to another sleep disorder, as seems to be the case with the French study mentioned above. So, this is perhaps one reason why talking in your sleep may be a cause for concern, as it is potentially due to another condition.

This is also true if someone starts to talk in their sleep at around the age of 50 or older, especially if the level of talking is a lot. This may be an early sign of an illness, such as Parkinson’s or dementia.

There are many questions asked about sleep talking, which include whether we will reveal any secrets, what happens if you wake someone up who’s sleep talking, do sleep talkers tell the truth, but in reality, no-one actually knows.

What I will say once more is that talking in your sleep, on the whole, is not something that you should worry about.

It is highly likely to mean anything or have any real relevance or significance.

It’s just something that some people do.

If you want to stop sleep talking then you are best off looking at certain lifestyle changes that may be impacting on the quality of your sleep.

These could include, avoiding alcohol, not eating large meals close to bedtime, ensuring that you are physically active during the day, getting some natural light throughout the day, avoiding screens and blue light just before bedtime, and having a regular sleep schedule of when you go to bed at night and when you get up in the morning.

The following are some sleep talking stories from Reddit users.

There was the guy who spoke about his ex’s hilarious habit of sleep talking by interpreting questions in the weirdest ways possible. He once asked her, while lying in bed, “Would you mind scooting over?” to which she replied, “I’ll deal with the monkeys tomorrow.”

Then there is the story of the Reddit user whose partner was really into his fish. In fact, he owned five fish tanks and over 100 fish. One night the fish-lover declared loudly in his sleep, “We have to take the fish out of the tank or they’ll die.” When asked why they had to take them out of the tank, his response, “They’re All Going To Drown.” 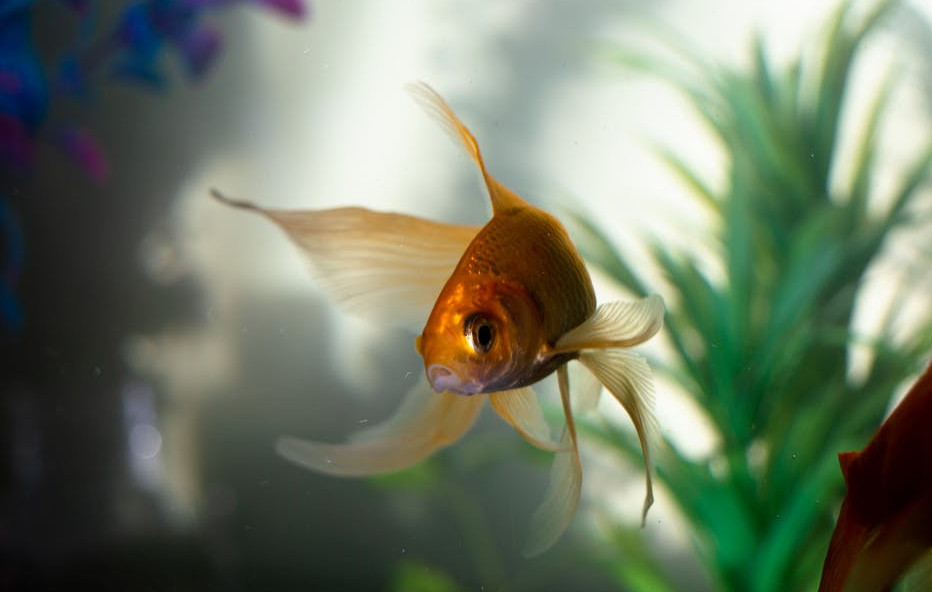 We have the case of the gentleman whose fiance rolled over onto her side one night, cocked her arm back, and then proceeded to punch him in the head. She did this while screaming at him, “This is my T-rex!”

“Jada sold it on eBay. Don’t pay the shipping. Thailand!” Jada happens to be the pet dog.

“Baby, if you were a caterpillar…”

“What would you do with all those legs?”

Finally, we have the lady who asked her husband to scoot over, to which he replied, “Sorry I pushed you off the sprinkler system.”

And That’s A Wrap

So, there you have it folks.

The conclusions that I have drawn from this are:

I’d love to hear from any of you who either sleep talk or have a partner, or family member who regularly sleep talks.

What do they say?

Do they realize they’re doing it?

What’s the funniest thing you’ve ever heard someone say while they’re sleep talking?

Just drop me a line in the comments section below.

Thank you and Happy Sleeping (and perhaps Talking too).

4 thoughts on “Why Do People Sleep Talk? (Plus a Selection of Hilarious Sleep Talking Stories)” 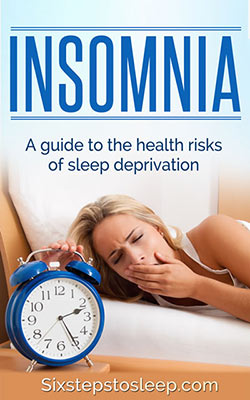 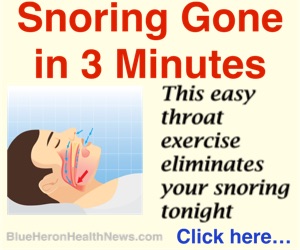